Strong Women Strong Coffee encourages business professionals and entrepreneurs to build meaningful connections. Fueled by caffeine & passion, this morning networking event is for women who are focused on achieving something fresh and new for their business and themselves. Each event features a local strong woman and her story! 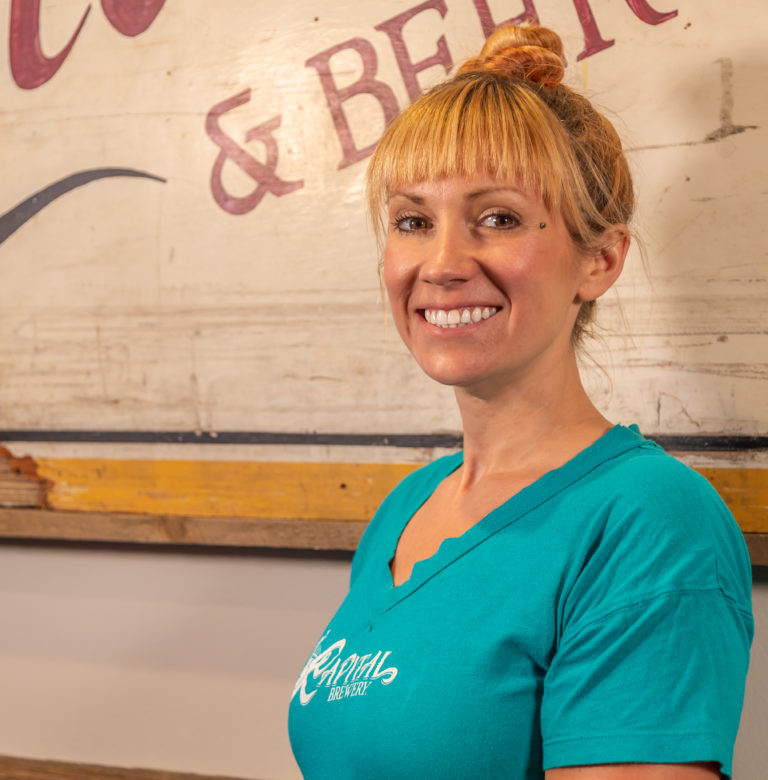 Capital Brewery’s Brewmaster Ashley Kinart-Short is a UW Madison graduate with a Bachelor of Science Degree in Biology. She then received an International Brewing Diploma from the Siebel Institute of Technology at the Doemens Academy in Munich, Germany.

Her first recipe with Capital Brewery, Fishin’ in the Dark, was an overnight sensation, soon followed by Schwarz in a Box, King George and Grateful, a Red IPA. In July 2018 Capital installed a 7-barrel pilot system that Ashley has since been using to create several new beers each month, as well as reviving some throw-back favorite recipes from the early years.

In addition to her time spent managing beer production and being the face of Capital Brewery and women in the brewing industry, she currently serves as an officer of Master Brewers Association of the Americas – District Milwaukee chapter and teaches a unit of Madison College’s Craft Brewing Certificate Program. When not immersing herself in the Beer Industry, she enjoys spending time with her husband and two dogs and practices yoga frequently to keep her brain balanced.