Strong Women, Strong Coffee encourages business professionals and entrepreneurs to build meaningful connections. Fueled by caffeine & passion, this free online webinar will feature a live interview with a strong woman who has achieved success in business or entrepreneurship. The audience will hear her story of success and feel a connection with other strong women on their journeys, finding inspiration along the way. 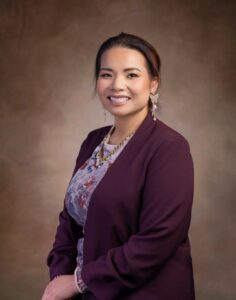 Yee is a local entrepreneur with more than 10 years of experience in the restaurant industry. She currently owns two established restaurants in the Fox Cities with her husband, Thong Vue. Yee began her restaurant career in Appleton, where she helped her mother operate Mai’s Deli. From an early age, Yee always possessed a passion for cooking. Not only did she enjoy the motions of cooking delicious food, she learned that good food brings people together. Equipped with the invaluable skills and values she learned from her mother, Yee took on a new beginning to create her own restaurants. While taking on post-secondary education, she launched her first business, City Cafe, in 2015. She has since launched three businesses. Yee first dreamed of an original restaurant that would amp up the city’s fine cuisine. That dream turned into Bowl Ninety-One, named after the year her family arrived in the United States as refugees. Bowl Ninety-One takes on new twists in cross-cultural fine dining and focuses on bringing people together as they share their lives over meals that are innovative, experimental, and tasty. She then opened Little Siam, which focuses on traditional Thai cuisine in downtown Neenah.